Grammatical and stylistic features of translation of IT documents

IT documents are not alien to the main feature of special texts – richness of terms. The same words in different fields can mean different concepts, which should be taken into account by the translator. Usually, software documentation has to be translated from English, so excellent knowledge of English is one of the most important qualities of a translator. 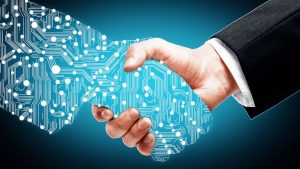 One of the grammatical features of IT translation is working with words that have no direct analogs in Russian, or with the names of processes, objects, methods and similar things. In the first case, the untranslatable word is simply transliterated and trying to make it as consonant as possible with the original; in the second, the original names are often left. This is usually done when translating documentation for software development environments, where the user will be forced to write complex constructions in English, and literal translation will make it impossible to use the program.

It also becomes necessary to take into account the context and the meaning that is put into the term by its creator. For example, SDK stands for Source Development Kit, and is translated not as “development kit for source when”, but as “development environment”. Abbreviations are constantly found in IT texts due to the love of the British and Americans for shortening long constructions. You have to come up with the slang yourself, which is suitable for use within a specific program, and explain the word yourself, which does not require translation in the English version. For example, the stack had to be left a stack, while explaining the meaning as “adding to the queue for execution” or “adding to the set” – depending on the context.

In IT translation, it becomes necessary to feel the sonority of the translated expression. The translated term should retain not only the meaning, but also the mood of the original word. So, Cloud was translated as “Cloud”, without losing the meaning of the name of the program, and Lollipop remained Lollipop.

When translating IT terms related to the actions of people, it is necessary to take into account the mood of the creator of the term, the feelings that he put into it. Usually, in the description of the term in the appropriate dictionary, everything will be clear. In this case, you need to find a Russian analogue of the word that will reflect that very attitude. An example is an explanation of the terms hacker and pirate. Their descriptions contain the words “illegal” and “crime”, which pushes the translator to look for a more negative version of the translation, and if a pirate in Russian is still associated with villainy, then a hacker sometimes has to be called a burglar, especially when it comes to describing human actions.

Among the most used terms in general IT texts are flash drive, hard drive, disc drive and others. Similar constructions seem to be translated in different ways: a USB flash drive and a USB drive, a hard drive and an optical drive. The fault is that in English these terms mean a way of obtaining information – from “fast” memory, solid-state drive or disk. The same drive is found as a driver that has bored everyone. A classic example of an error is the bus driver, which is sometimes translated as “bus driver”. Although this is just a bus driver.

Shared memory is not shared memory. This is memory that can be used by multiple processes in parallel or for multiple purposes. Such memory is found in laptops with integrated video cards, where the video chip takes a percentage of the RAM for its needs. A person who does not understand this process is simply not able to accurately understand the meaning of the sentence and convey it in the desired language.

Also interesting is the word native as a description of a part, code, or process. In Russian translation, it is replaced by the adjective “native”. This word means the following: “an object native to this object” or “an object or method that the creators of the object could use to work with it.” So, there are native programming languages ​​(Java for Android and C # for iOS) and hardware (an AMD video card for the same processor or a recommended Intel processor for a laptop).

It is also worth noting that IT today is one of the fastest growing spheres of human activity. New terms and phenomena appear constantly, while old ones die off with enviable constancy. Therefore, a highly qualified translator is, first of all, an expert in the field of high technologies, and only then the translator itself.